In Today’s War, the Entire Health System Has Been Weaponized and Turned Into a Giant Trojan Horse: What level of stupidity and ignorance do people have to exhibit to not see what is going on here? 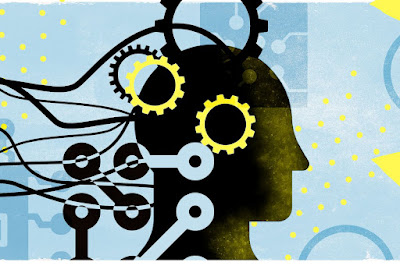 The object of war is to kill or maim as many people as possible, by whatever means. However, outright killing is often less efficient than wounding because more of the enemy’s resources are consumed in caring for the wounded than burying dead bodies. The overall goal of war is to conquer and subdue a people. In the process of conquering, the enemy must be psychologically and physically broken to the point that they give up their will to fight and their will to assert self-determination.

The current pandemic war has all the markings of more traditional militaristic war except that it is still unrecognized by those who are under attack. It is the perfect stealth war. History is full of examples of stealth attacks that were extremely successful. The victims never saw the attackers until it was too late to resist.

In today’s war, the entire health system has been weaponized and turned into a giant Trojan horse. Obey, obey, obey it cries. Humiliate yourself by donning a face mask, by staying home and retreating from normal society. Mutilate yourself by giving up your job, closing your business, injecting harmful substances into your body.

Meanwhile, dead bodies are piling up in record numbers. It’s an old-fashioned genocide with a medical twist.

For a minute, forget case numbers, hospital beds and epidemiological studies. The Expose provides a back-door look at what’s going on by analyzing ambulance call-outs, all of which are nicely recorded and detailed:

The National Health Service has confirmed in response to a freedom of information request that ambulance call-outs relating to immediate care required for a debilitating condition affecting the heart nearly doubled in the whole of 2021 and are still on the rise further in 2022. But the most concerning published figures show that they have also doubled among people under the age of 30.

What group is getting hit hardest? Young people under 30 – those normally suited for military service, i.e., to build a physical army. Overall, emergency calls for heart-related incidents has skyrocketed from the first day of Emergency Use Authorization injections.

The tidal wave of propaganda – just like in any war – is designed to deceive, demoralize and confuse. Prominent medical journals spit out headlines like:

They all state that your eyes are lying to you. Rather, you should trust the propaganda that sows just enough doubt that you don’t dare open your mouth in public about such silly things as ambulance call-outs for heart-related emergencies.

This writer has continuously stated since December 18, 2015 that Technocracy declared war on the entire human population of the world. I wrote, “Technocracy is the same nefarious ideology that enabled Adolph Hitler in the 1930s. Nazi Germany used advanced technology to enslave and kill millions of its own citizens. This hasn’t happened here yet, but this is the direction we are headed.”

What level of stupidity and ignorance do people have to exhibit to not see what is going on here?

I highly recommend this book: The Home Doctor – Practical Medicine for Every Household – is a 304 page doctor written and approved guide on how to manage most health situations when help is not on the way.

If you want to see what happens when things go south, all you have to do is look at Venezuela: no electricity, no running water, no law, no antibiotics, no painkillers, no anesthetics, no insulin or other important things.

But if you want to find out how you can still manage in a situation like this, you must also look to Venezuela and learn the ingenious ways they developed to cope.

This book is a unique guide for the layman that you can use when help is not on the way or to manage common ailments that don’t require seeing a doctor.

Let me show you just some of the things you’ll find inside the Home Doctor:

Popular posts from this blog

The World Faces Unprecedented Hunger Crisis: Millions People Will Be Pushed Into Extreme Poverty. FAMINE OF GODS WORD IN AMERICAS PULPITS ,WILL LEAD TO LITERAL FAMINE AND STARVATION IN THE U.S.A 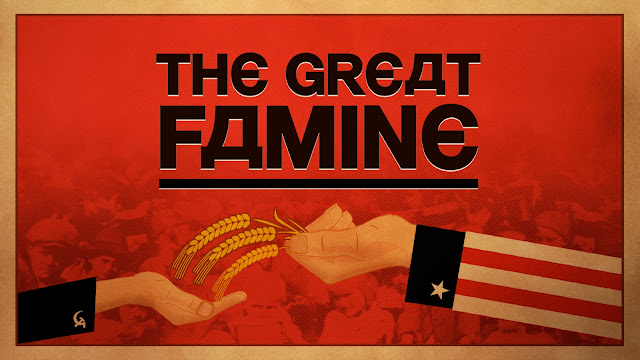 It can be hard to imagine a looming food crisis when you can walk into your local grocery store and see shelves overflowing with abundance. You can find easily find everything you need, and plenty that you don’t. You might even ignore those around you warning you to stock up on food while you still can. In fact, they might seem like Chicken Little desperately calling out, “The sky is falling!” But don’t let the full shelves fool you. While the sky may not actually be falling, the world is facing a food shortage. It’s only a matter of time until it hits. Until then, the government wants you to keep walking into the stores, feeling like everything is fine. The world’s food situation is not fine. Here are just eight of the many indicators that it’s time to stockpile food, and start growing some of your own. 1. Raising Food Prices Have you noticed the price of groceries rising in your area? I sure have here, especially for basic staple ingredients such as butter, flour, and rice. Every tim
Read more 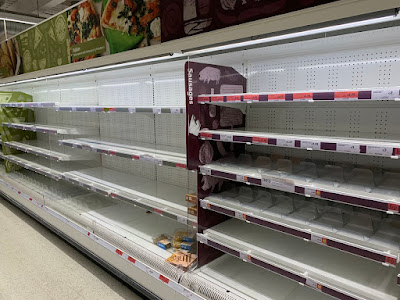 Peter Sands, the executive director of the Global Fund to Fight AIDS, Tuberculosis, and Malaria, told   Reuters   in an interview on Tuesday that the next global health crisis is food shortages. Rising food and energy prices could kill millions both directly and indirectly, Sands said. “Food shortages work in two ways. One is you have the tragedy of people actually starving to death. But second is you have the fact that often much larger numbers of people are poorly nourished, and that makes them more vulnerable to existing diseases,”  he said according to a report by  U.S. News.  Sands said an investment was needed to strengthen health systems to help prepare for the repercussions of food shortages , which is part of the Global Fund’s remit. The Geneva, Switzerland-based fund is aiming to raise $18 billion to boost health systems, fight the three core diseases in its title, and reverse setbacks caused by the pandemic. It has raised just over a third of its target for 2024-2026. So in
Read more

The Extreme Tyranny Today Has Been Caused by Mass Voluntary Compliance: What We Face Today Is Pure, Unadulterated, Totalitarian Madness, as the People of This Country Remain Indifferent

“Collectivism holds that the individual has no rights, that his life and work belong to the group (to “society,” to the tribe, the state, the nation) and that the group may sacrifice him at its own whim to its own interests. The only way to implement a doctrine of that kind is by means of brute force – and statism has always been the political corollary of collectivism.” ~ Ayn Rand  (1964). “The Virtue of Selfishness”, p.122, Penguin It has always been so , but considering the past two and one-half years, most of mankind has universally acted as non-human members of a non-caring mass. The explanation for this lies in the human phenomenon called  “Mass Formation Psychosis.”  From a pragmatic perspective, this boils down to the elimination of the individual in society in order to satisfy the predisposed nature of the non-thinking idiotic herd seeking feigned safety and group acceptance. Rational and critical independent thought completely disappear when crowds gather; this attitude based
Read more

Henry D.
Henry D. Wilson served as an enlisted medic in the United States Air Force, and an officer in the National Guard and has worked on multiple tactical assignments with the Federal Bureau of Investigations as a SWAT physician. He has a Masters Degree in Public Health with a specialty in Emergency Medical Services Administration as well as a Masters of Health Sciences with a focus on Emergency and Disaster Management.