The Global Elite’s plan is to throw the world into an abyss of despair, so they can become our ‘saviors’ who will ‘take good care of us’. No debt, no need, no worries, but… also no possessions, no privacy, no rights, no freedom, no voice 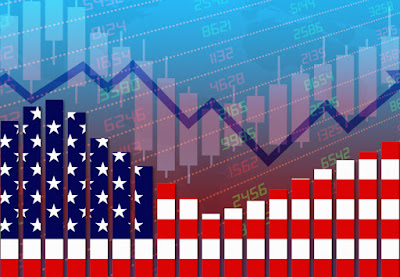 Those that are aware of the machinations unfolding in America today see a potentially deadly situation beginning to unfold. The talk of detention camps and foreign soldiers being prepositioned. The Stalinist purge of many top ranking military officers and arming of government agencies to insane levels. The slow deterioration of our industrial capability and ability of families to feed themselves. The erosion of civil liberties and government attacks on patriotic Americans.

For those who think that a financial collapse causing the loss of their savings and livelihood are the worst that could happen, they might want to consider this possibility.

Far from resulting in permanent planetary lockdown (Communist Agenda 2030,) this misstep will cost them their monopoly over government credit and result in a rebirth of freedom.

There is no way the human race is going to accept toxic vaccines, masks and social distancing indefinitely. Once the next flu season arrives and people realize this is never going to end, they will rise up against the traitors who have inflicted so much needless damage and death on millions of people.

A virus with a death rate of less than half a per cent is not a pandemic. It is a pathetic excuse for radical undemocratic economic and social change. Blame for any further illness can be placed on the toxic vaccines.

This is the way of achieving total control over the long term of this population. It is based on fear, so new threats will emerge on a regular basis in order to perpetuate a dependence on government as savior.

In fact, there will most certainly be additional threats and multi-faceted attacks on the psyche of the American public. Each step of this process will bring more suffering, more misery, and more carnage. This is the nature of the ruling beast, and if their campaign is successful, the people will become easier to control as time passes.

Destroy the economy of every nation on earth, plunge humanity into despair and poverty, and then offer their solution: THE GREAT RESET.

The essence of this Great Reset is that all debt of every human being would be cancelled, which would save us from the financial devastation resulting from the lockdowns. Having all your debt cancelled surely sounds like a wonderful solution. ‘Thank you globalist elite!’ However, it comes with a price tag. In return for this ‘financial rescue’ everyone would have to give up all private property.

From that moment on, nobody would own anything, and we would all rent everything: cars, houses, etc.

The mind behind this plan is Klaus Schwab from the World Economic Forum, which is working closely with the World Health Organization, the World Bank, the European Union, the United Nations, and other globalist entities. Schwab has become a key player in the globalist movement, steering most nations and industries towards this agenda. He welcomes globalist world leaders every year in the renown World Economic Forum conferences in Davos, Switzerland. So what I am telling you here is no weird fairytale, it is fact.

This notorious leader of the globalist elite released a video with the presentation of their plans, and he literally says:

‘You will own nothing, and you will be happy.’

Yeah, right, while they will own everything…

Bluntly said: their plan is to throw the world into an abyss of despair, so they can become our ‘saviors’ who will ‘take good care of us’. No debt, no need, no worries, but… also no possessions, no privacy, no rights, no freedom, no voice.

The elite would become the true owners of all humanity, claiming this is for our well being. Their magic word is ‘sustainability’. They claim that this insane plan is the only way to sustain life on earth. How convenient for themselves…

Their agenda however goes on. Once these globalists are in full power, they would basically end the human race, by replacing most people with Artificial Intelligence. Klaus Schwab announced that 40% of all jobs will be performed by A.I. in the near future. So they need to erase 40% of humanity, to make room for this, naturally.

No use of having 40% of humanity walking around doing nothing…

In his notorious book The Fourth Industrial Revolution, Klaus Schwab explains how the original human race will end, and make room for the next step in human evolution: we will all become cyborgs. Our bodies will be greatly altered using technology. Man and machine becoming one.

No, that is not the script for a science fiction movie, this is reality. His book is right there, on the shelves of stores around the world, and this is the man pushing the current events in the world. Governments around the world are embracing his ‘wonderful ideas’ and they are already telling children in schools how much smarter they will be with a chip in their head. Elon Musk wanted to call his child A.I. and is a pioneer in the human-robot fusion.

Let that sink in for a few seconds…

Becoming a cyborg may sound fascinating, as it could give us some technological ‘superpowers’. The mental programming of humanity has already been happening for decades, through movies like Terminator, Robocop, Ironman, etc. The message is always that the symbiosis between man and machine results in a superhuman. The reality is however not as appealing… It will literally mean that your body will be connected to the Cloud, or the worldwide network of digital surveillance.

As dire as this sounds, the situation will in all likelihood be much more severe and dangerous for the unprepared and prepared alike. If you have not done so yet, prepare now.

Simply having supplies piled up in preparation for some occurrence is not enough to insure your survival. There are several other things you must keep in mind and balance out among your preparations.

You must imagine the potential catastrophic possibilities
You must prepare yourself mentally to deal with whatever happens
You must have knowledge of how best to employ your resources
You need to use your imagination to think outside the box
You must be able to improvise, adapt and overcome obstacles
You must have a flexible plan to guide you

I highly recommend this book: The Home Doctor – Practical Medicine for Every Household – is a 304 page doctor written and approved guide on how to manage most health situations when help is not on the way.

If you want to see what happens when things go south, all you have to do is look at Venezuela: no electricity, no running water, no law, no antibiotics, no painkillers, no anesthetics, no insulin or other important things.

But if you want to find out how you can still manage in a situation like this, you must also look to Venezuela and learn the ingenious ways they developed to cope.

This book is a unique guide for the layman that you can use when help is not on the way or to manage common ailments that don’t require seeing a doctor.

Let me show you just some of the things you’ll find inside the Home Doctor:

Winter is Here and This One Looks Like It Could Be One for the Historical Horror Books: The Chaos, Famine, and War is for the Slaves While the Rulers Continue to Live Their Lives in Luxury Controlling Everyone Else

United Nations World Food Program Executive Director David Beasley  is saying  the perfect storm has arrived. “A perfect storm on top of a ... 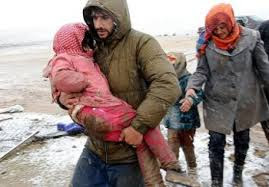